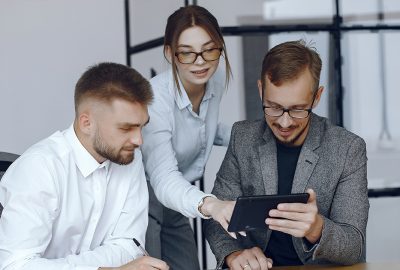 Netsuite is a business management software company experiencing a 23% year-over-year growth, according to Evan Goldberg, the company’s founder and CTO. Currently, Netsuite is regarded as one of the most successful cloud software companies and with one of the most remarkable growth stories in Oracle, a company to which it has belonged since 2016. But how did the success of Netsuite Platform begin? How did it become the backbone of more than 24,000 businesses worldwide?

Netsuite has been able to offer a wide range of technologies to run different business processes. It all started in 1998 with an idea that Larry Ellison, founder of Oracle, gave Goldberg.

From NetLedger to Netsuite: This is how the Netsuite Platform success began 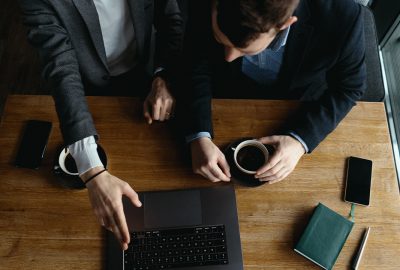 To understand the success of the Netsuite platform, we should start by getting to know Evan Goldberg. He studied computer science at Harvard and after leaving the university, he started his career at Oracle in the late 1980s. However, his dream was to create software that people would use every day. So in 1995, he left the company to create his first startup.

It was mBed Software, a company whose goal was to facilitate the creation of interactive websites. This first venture failed, but it helped Goldberg understand the need that companies had for good software to run growing businesses.

Ellison, with whom Goldberg kept in touch, believed that the future of software was in the cloud and gave Evan the idea of creating one that would allow business management from the web. Thus, with Ellison’s own investment, NetLedger was born, a web-based accounting management software.

With the second version of the program, he decided to make the software a service, by being on the cloud its applications can constantly be improved and new functions quickly implemented for customers.

NetLedger was built with just four people in a small office. Once they got the solution up and running, they began to scale. In 2003, NetLedger was renamed NetSuite as a consequence of its expansion beyond accounting and into other aspects of business management. 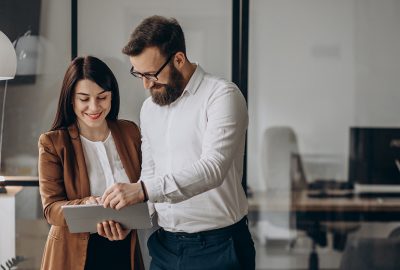 In 2007 Netsuite made an initial public offering that was very successful. As it built more functions and features they were able to offer their solution to larger companies. By 2016 the company was on track for $975 million in revenue. But in the third quarter of that year, Oracle made an offer to buy NetSuite. It eventually acquired it for $9.3 billion.

Today, Netsuite is one of Oracle’s most important solutions. And the platform shows no signs of slowing down. On the contrary, Goldberg continues to push new innovations to maintain the leadership of his software in the business. Today it continues to be one of the best allies for business management. If you want to implement it in your business, at Fusionworks we are at your service, contact us!